While the greenback remains a common link between countries today, there’s another common, and not so pleasant link that’s bringing nations together – global warming. From Leonardo Di Caprio’s efforts to prevent catastrophic climate change to France encouraging people to swim during the scorching summer, and India making a proactive, environmental-friendly commitment at the Paris Climate Summit, global warming is no longer a threat – it is a stark reality that demands immediate attention.

At a macro level, countries are slowly but surely implementing policies that curb use of hazardous materials across industries, which have an adverse effect on our environment. Further, at an individual level, only a handful of ‘aware and conscious’ citizens are taking steps to ensure they lead an environmentally friendly life. 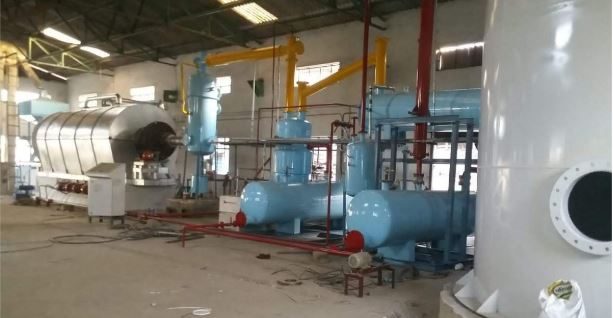 However, there is a vast degree of separation between Government efforts and individual ambitions. Innova Engineering &amp; Fabrication was born out of this realization. It aims to leverage waste generated by individuals and convert it into useful formulations for Government institutions.

This young firm led by an experienced team of professionals who understand the nuances of waste management is making strides through its novel idea of ‘converting plastic into re-usable alternate fuel.’ The basic premise of Innova is to produce alternate fuels, with characteristics similar to that of diesel via a patent-pending “Catalytic Thermal Decomposition Technology,” which churns all types of plastic and rubber waste into fuel that serves multiple purposes.

“We are confident of making a positive impact given that our firm was built on the principle of making the Earth a healthier place to live. Beyond the technology and revenue, there must be a ‘human’ element given our nature of business. We just don’t want to reduce waste by ‘x’%, instead, we want to revive the planet’s eco-system and
motivate each person to become environmentally friendly, in the process,” shares Manojj Natarrajan, Director, Innova Engineering &amp; Fabrication, when we inquired about his firm, Innova’s philosophy.

To get a glimpse of the potential that such an idea possesses, let’s consider the following analysis. According to estimates, a whopping 9.2 MMT plastic waste is prevalent in India. Let’s assume, roughly 30% of this is converted by firms such as Innova, which means that they can make approximately 2.76 MMT fuel at 10,000 Kcal/Kg which results in to 33,000 GWatt worth of heat energy from this waste alone. Such huge amounts of energy can surely be distributed to a multitude of institutions that are looking at conserving the environment. With Prime Minister Modi announcing a nationwide ban on ‘single-use plastic’ starting on Gandhi Jayanti, let’s hope that this time around, the 2 nd of October marks a new chapter in our pursuit towards restoring our planet’s ecological footprint.

For more information, visit http://pyrolysisplantindia.com/ or contact via email at –