EAM Sushma Swaraj attended the inaugural plenary of the two-day OIC meeting. She addressed the gathering of 57 Islamic countries on Friday –

External Affairs Minister (EAM) Sushma Swaraj in her address at the foreign ministers’ meet of the Organisation of Islamic Cooperation (OIC) states on Friday said India has much to share with the member states. Swaraj also said its a matter of pride for India to be invited as the guest of honour of honour at the crucial meet of the grouping of 57 Islamic nations.

Foreign Minister Sushma Swaraj urged the Organisation of Islamic Cooperation (OIC) to “act together” to combat global terrorism amid heightened tensions between India and Pakistan, triggered by the terror attack in Jammu and Kashmir’s Pulwama last month. “If we want to save humanity, we must tell the states who provide shelter and funding to terrorists, to dismantle the infrastructure of the terrorist camps and stop providing funding shelter and funding to the terror organisations based in that country,” Ms Swaraj said without naming Pakistan, which has been accused of using terrorism as an instrument of its state policy.

In Abu Dhabi, Swaraj in her address at the inaugural plenary of the two-day meeting said: “OIC members constitute 1/4th of the United Nations and almost a quarter of humanity.” 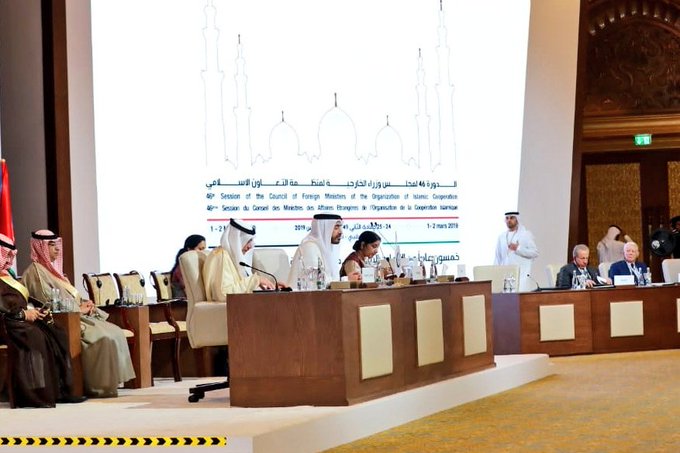 With Pakistan absent, the EAM raised the issue of terror and quoted from the Holy Quran saying the Holy book carries the message of peace. “The fight against terrorism is not confrontation against any religion – it cannot be; just as Islam means peace, none of the 99 names of Allah means violence”. 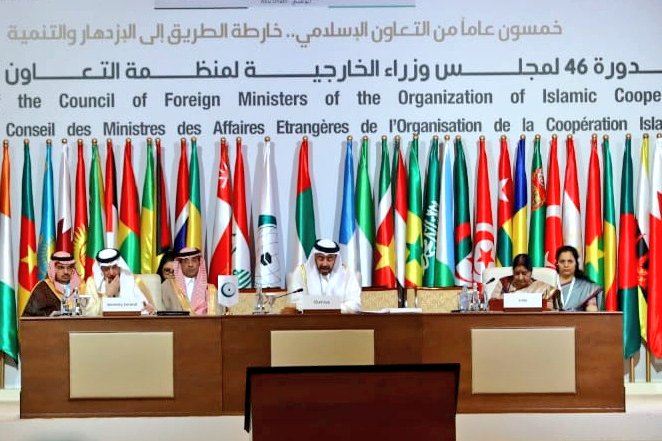 Without naming Pakistan, Swaraj said, “If we want to save humanity, we must tell States who provide shelter and funding to terrorists to dismantle the infrastructure of terror camps and stop shelter, funding to terror organisations based in that country”.

Swaraj’s comments come in the backdrop of a stand-off with Pakistan, which India has accused of providing a safe haven to the banned terror outfit Jaish-e-Mohammed (JeM) – the perpetrator of Pulwama attack in which 40 CRPF soldiers were martyred. Given Pakistan’s history of inaction on the evidence provided by India in the past, Indian Air Force (IAF) carried out air strikes against a JeM camp in Balakot inside Pakistan’s Khyber Pakhtunkhwa (KPK) on February 26.

A day later, a bid by Pakistan Air Force (PAF) to target military installations in India was thwarted by IAF in which one PAF F-16 was shot down. IAF also lost a MIG-21 Bison and its pilot Abhinandan Varthaman was taken into custody by Pakistan authorities. He is slated to be released later Friday.

Pakistan is not participating in the meeting over India’s presence. “I will not attend Council of Foreign Ministers as a matter of principle for (them) having extended invitation as a Guest of Honour to Sushma Swaraj,” Shah Mahmood Qureshi told the joint session of parliament, adding that lower-ranking officials would attend to represent Pakistan’s interests.

Below are the highlights of Sushma Swaraj’s speech at the Organisation of Islamic Cooperation:

On ties with the Middle East 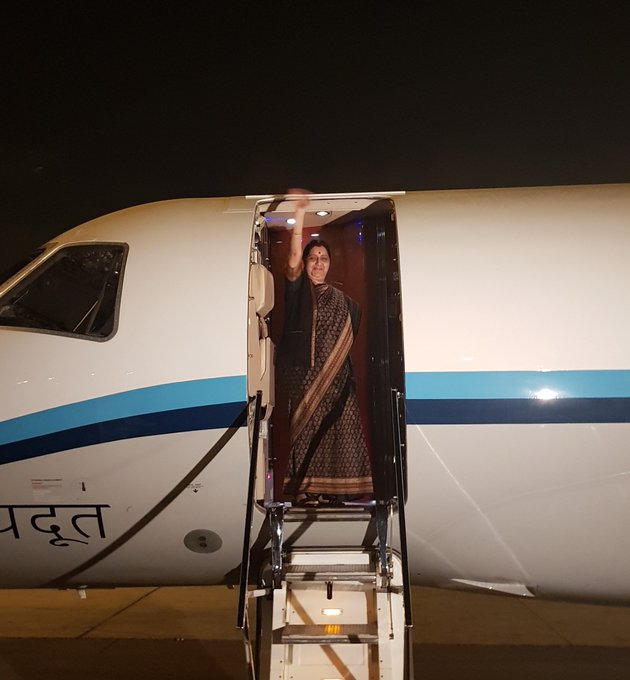 tagged with EAM Sushma Swaraj attended the inaugural plenary of the two-day OIC meeting. She addressed the gathering of 57 Islamic countries on Friday -